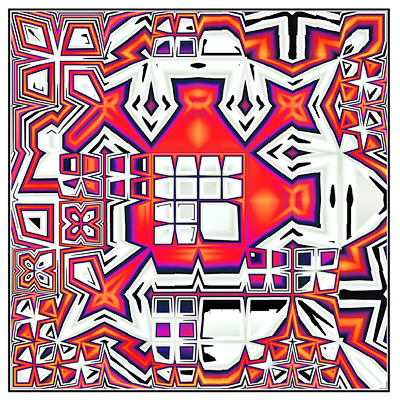 It all started several years ago when I began playing around with various bits of software, which shall be nameless, and found, more by accident than design, that I could make decorative patterns and rather fetching abstracts therein. It was a clumsy, imprecise process, as it was using the software for purposes it’s makers had never really intended. But having stumbled upon something fascinating, and judging by the occasional hard won result, something potentially wonderful, (to me at least) I was determined to learn and refine, learn and refine until I could say with at least some confidence that I knew what I was doing. So I did that, and along the way, the groovy images kept on coming. 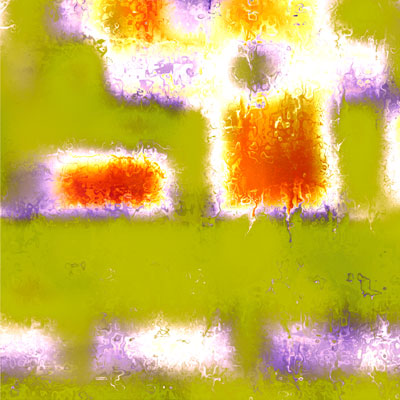 For years I followed the fascination, not feeling a particularly strong need to share what I had produced. Any tentative moves I may have made in that direction being met with perhaps a twinge or two of interest from those parties exposed to it, but mainly with mild puzzlement. So I didn’t persist. 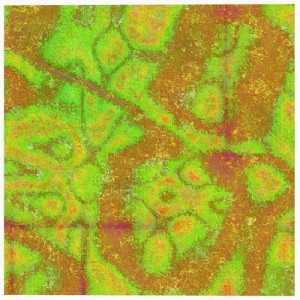 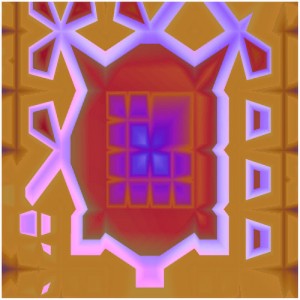 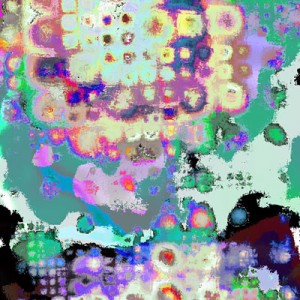 But they were wraiths, homeless ghosts made of the special kind of thin air that is found on a computer hard drive. They had no substance.

To remedy this, I decided to print out some prime examples with the vaguely formed objective of exhibiting them perhaps, just like a real artist ;-). . Or selling them online. That was the stated intention anyway, but what happened, predictably, was that as well as accumulating unshared, homeless images on my hard drive, I was now accumulating unshared, homeless prints in my studio. 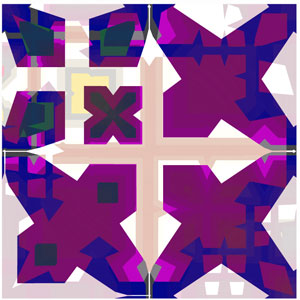 To be fair, I thought they looked lovely as prints. But I could see by others’ reactions, even sympathetic others, that as with the images in their non physical form, there was a disconnect somewhere. It was hard to say just what they were. Prints – OK, but prints of what? They weren’t photographs or reproductions of paintings. They weren’t hand pulled, hand screened or hand anything-ed. What were they? Why were they? There wasn’t a cultural hook to hang them on, so to speak. 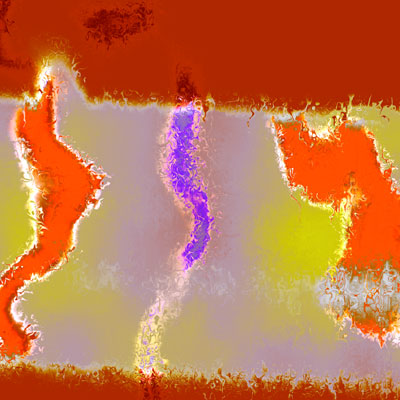 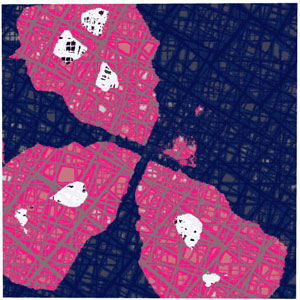 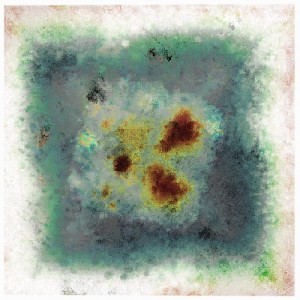 Even worse, because the images were made using a computer, and of necessity printed using an inkjet printer, the dread phrase ‘Digital Art’ and the even more dread phrase ‘Giclée print’ came into play, with all their attached guilt by association. (The former, evoking the cheerfully naff, and the latter, the cloyingly pretentious.) Thus making it hard for digital work to be viewed on its own terms, or even to have it’s own terms to be viewed on.

And of course, as per, any form of promotional activity I pursued was tentative, transitory and therefore close to futile. That’s not to say, I hasten to add, that had I marketed and publicised like mad I would now have an army of fans fighting over my artistic output. I doubt it, but it is an experiment that has never been conducted, so I don’t really know one way or the other. 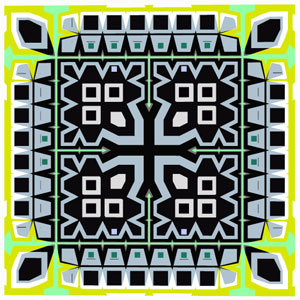 But were there were other options besides ‘Fine Art Prints’? Well, a couple of friends had been saying for some time that my work would “Look good on silk.” I couldn’t disagree, but I also couldn’t see how anything like that was going to happen. I wasn’t a trendy fashion designer with money to splash around. . .

Other friends had seen some of my geometric pattern based work and gave the opinion that they “Would make great tiles!” Again, I had to agree, but didn’t see how that could happen. “You should send them in to a Tile Company. .” Well, maybe, but I’m pretty sure that isn’t how it works. Any more than sending your wonderful idea for a best seller into a Children’s Book publishers out of the blue is ‘how it works’.Of course it sounded like I was making excuses, and maybe I was up to a point. It wasn’t so much not wanting to do the work as not even knowing what the work I needed to be doing was. 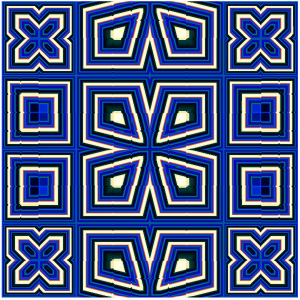 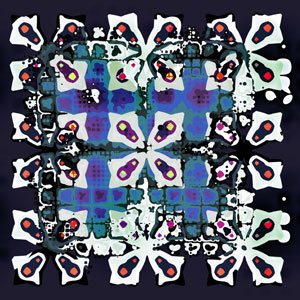 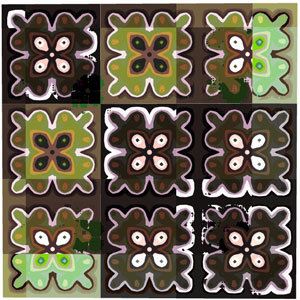 Anyway, While digging around online, I found that recently, it is possible to print digitally onto silk. It wasn’t cheap, but it wasn’t cripplingly expensive. I also found that you could get designs printed digitally onto ceramic tiles. But disappointingly, it was just too pricey to be something you could have a hope of selling on for a worthwhile profit. And there was a high minimum order. That was a shame. 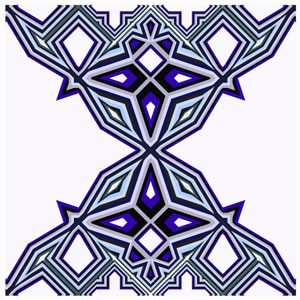 But then I noticed people selling reproduction tiles online. They weren’t tube lined or kiln fired, but printed by a relatively inexpensive process that had somehow slipped under my radar. I sent off a couple of designs as a trial run, and was really pleased with what I got back. They just glowed! What was so nice was that the designs just worked as tiles. I had been making self consciously tile-like designs for years and now I could hold a tile of that design in my hand. . .

So obviously, the next step was to make them myself 😉 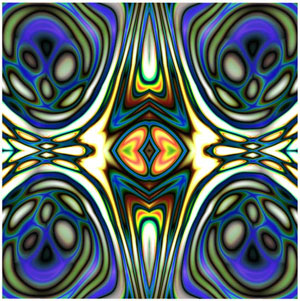 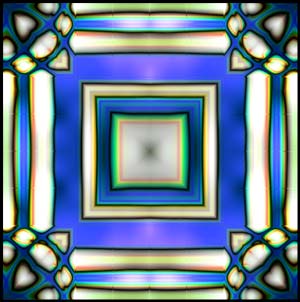